US Navy Seal Stephen Toboz has won multiple medals in the Warrior Games and other competitions in cycling. “People asked if I’ve slowed down after the amputation, I tell them it’s actually sped me up a little bit.” Stephen was the first Navy Seal amputee to go back into combat with a prosthetic.

His heroism for previous engagements have earned him the distinguished Navy Cross,
the second highest decoration awarded for
valor.  In 2018, he completed every mile of the (~ 400 mile) honor ride only two weeks after finishing Chemotherapy/Radiation treatment for Stage 4 cancer at a blazing 20+ mph average pace. An amazing feat, but even more amazing is that the tumors shrank so much he no longer needed surgery and remains cancer free to this day.

We are humbled and proud to have “Turbo” as part of the O1V family. 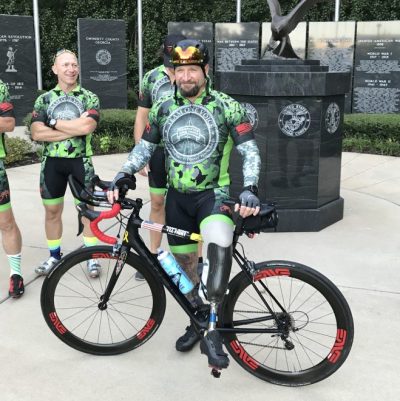 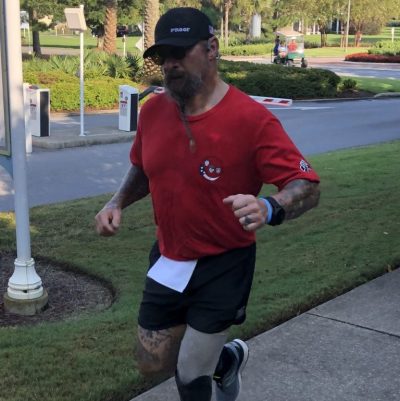 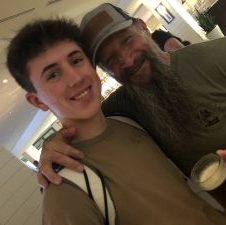 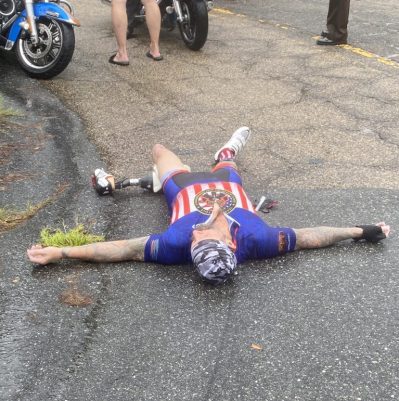